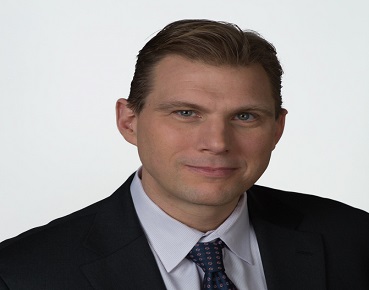 As the conflict in the Ukraine rages on, the effects here at home, and specifically on local property owners is becoming more evident. As I mentioned last month, we are not expecting a tangible impact on the supply of, nor the demand for investment real estate. However, what property owners are experiencing is a dramatic rise in energy and commodity prices because of the historically large sanctions being imposed on Russia by many of the world’s largest nations. When you couple this with the already intense upward pressure on prices being applied by existing supply chain disruptions, a tight labor market, and continued increases in consumer spending, the Federal Reserve has no choice but to continue to increase interest rates, in the hopes of combatting these forces.

This month, The Fed opted to raise short term interest rates for the first time since 2018. In the notes of the meeting to announce the quarter point rate hike, The Fed wrote that the economic outlook “remains highly uncertain” due to the factors mentioned above. The Fed also wrote that this hike, as well as the anticipated future hikes, will not immediately abate inflation. Instead, the anticipation is that prices will rise by another 4.3% during 2022, 2.7% in 2023, and hopefully down to 2.3% in 2024.In short, we are in for a bumpy ride. The latest projection is that to keep inflation in check, the Fed anticipates raising rates an additional six times during 2022.

To show what affect these rate hikes will have on investors, in our most recent Marcus & Millichap investor survey, 67% of investors foresee “no change” in their anticipated investment activity up to an additional increase of 75 basis points, and 47% up to 125 basis points. Above 125 basis points from current levels, 63% of surveyed investors anticipate “buying less” investment real estate. As such, if you are thinking that now may be the time to diversify your holdings, I encourage you to reach out and speak with a professional about your options in today’s market (preferably this professional).

In more localized news, two topics dominate the landscape of New York State politics: The future of the 421(a) tax abatement program, and the possibility of a “Good Cause Eviction” bill. As it stands, the 421 (a) tax abatement program, which grants up to thirty years of property tax abatements for new developments in exchange for a portion of the project in question to be set aside for affordable housing, is set to expire in June of this year. Gov. Kathy Hochul has proposed a similar program called 485(w) in her proposed state budget. However, tenant advocacy groups, and the Democratic Socialists of America (DSA) contingent in the state legislature argue that the new proposal is just the status quo. They are pushing for cheaper pricing standards in the definition of “rent stabilized units” and harsher punishments for developers and owners who break the rules.

As for good cause eviction, the movement gained some steam this month after several months of stagnation, when fourteen labor unions sent a combined letter to the state legislature trumpeting their support of the bill. Good cause eviction would be applied to all properties – except owner-occupied buildings with fewer than 4 units – essentially creating an entire marketplace of rent stabilized properties, tying rental increases to the Consumer Price Index (CPI) for the duration of a person’s tenancy. Eviction would only be possible through nonpayment of rent, or a material breach of the rental agreement. In short, a landlord would have to offer renewals to all in-place tenants at a rate tied to inflation, rather than the market, while being exposed to an unlimited ceiling on expenses.

As is the case with our overall economy right now, the tenor of this month’s newsletter seems dour. However, the reality is that we continue to see unprecedented demand locally for all asset classes. The industrial sector continues to thrive, thanks in part to the NYC metro area being home to the largest concentration of online shoppers in the country. What e-commerce distributor doesn’t want to be within driving, bicycling, and eventually droning distance from this market? I personally put two industrial properties under contract this month alone. Also, development and financing continue to abound.

Until next month, fill those vacancies, collect those rents, and stash some reserves.