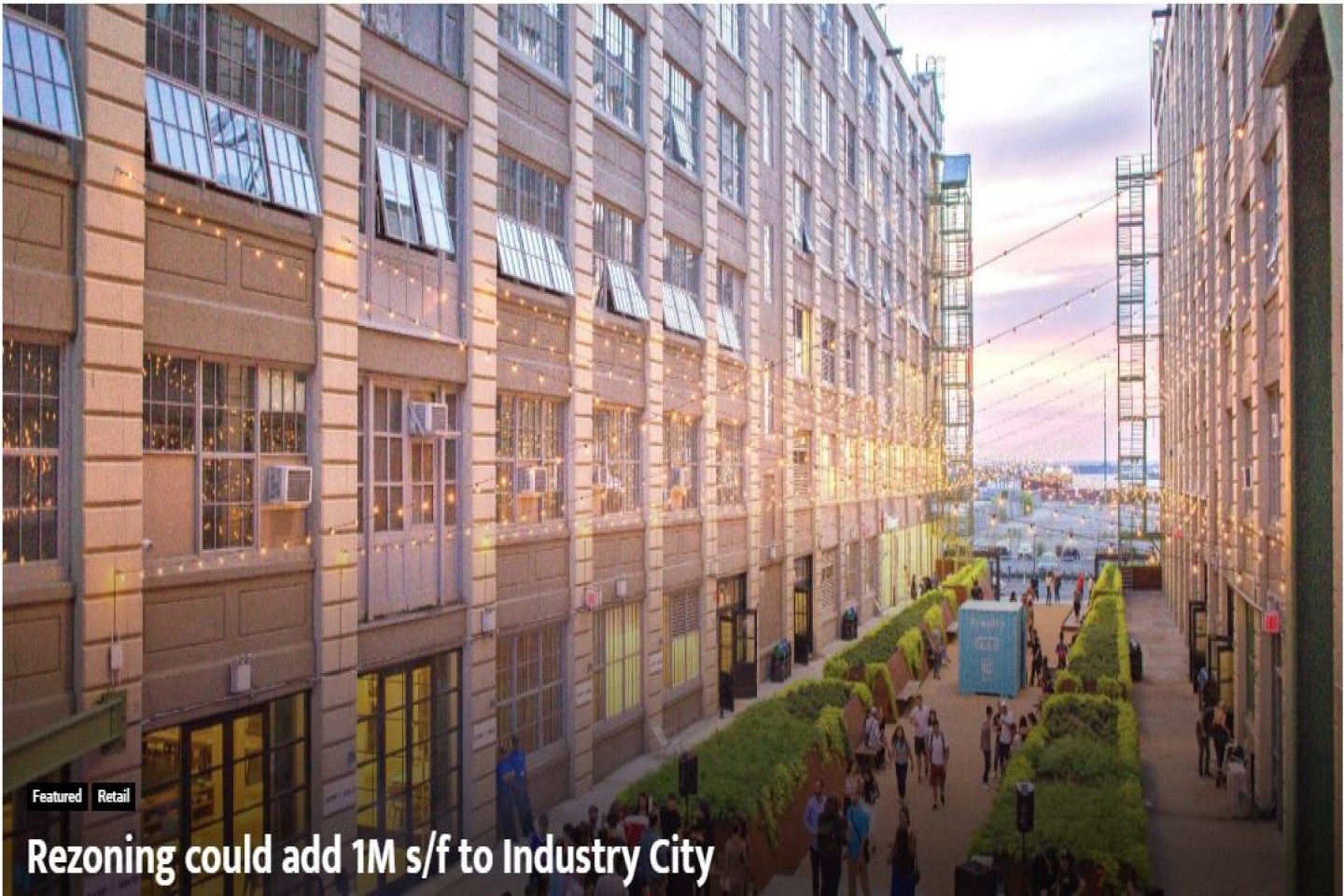 Belvedere Capital and Jamestown Properties have formally submitted a rezoning application that will allow them to add 1.3 million square feet to their massive Industry City campus.

A rezoning would allow the owners to build hotels, shops and an academic hub at the six million square feet complex that has emerged as a fashionable center of new businesses ranging from e-bike maker, Jetson, to TV and film production companies and food joints Avocaderia and Japan Village.

“For the past five years, we have been working on a plan to fully reactivate the long-dormant, non-productive buildings of Industry City into a job-intensive hub for manufacturers, innovators, and entrepreneurs, while also maximizing economic opportunity for area residents and local businesses,” Andrew Kimball, CEO of Industry City, said in a statement.

“The filing of our rezoning application is the next step in realizing that vision and in moving toward the official public review process.”

Since Belvedere Capital and Jamestown Properties bought Industry City in 2013, they have spent over $300 million reinventing a collection of 16 warehouses on the site of the former Bush Terminal.

The rezoning would remove the manufacturing and industrial restrictions on the site and allow the developers to complete a $1 billion transformation.

The rezoning would give them the ability to build two hotels with more than 400 rooms, more than 600,000 s/f of classroom space, and more than 900,000 s/f of retail space. The proposal also would increase the size of the property from 5.2 million s/f to 6.5 million s/f.

Jakub Nowak, an associate real estate broker at Marcus & Millichap who has worked in Sunset Park for nearly a decade, said the rezoning is a much-needed modernization of Industry City.

“While this area has a traditionally industrial and manufacturing background, today’s needs are very different from what Industry City offers,” Nowak said. “So, I think that properties like Industry City buildings, which are multi-story pre-war construction, the best use for them is conversion into offices, creative space, hotels and those kind of uses.”

Nowak added that the hotel component of the plans was crucial as many companies with an office presence could benefit from offering their traveling employees a place to stay nearby. Overall, he said this rezoning will be being beneficial to the area by adding jobs and new types of buildings.

“Industry City is an economic hub for the greater Sunset Park neighborhood,” Nowak said. “I think the kind of uses that are proposed and the diversification that’s going to happen will be great for the industry and the neighborhood as a whole.”

The rezoning application will need to be certified by the Department of City Planning and then go through the city’s Uniform Land Use Review Procedure, or ULURP.